Aloiki Longboard - Skateboard Design creates custom crafted skateboards with great design. Guided by experience in every field, passion and respect for our planet, the company mission is to create excellent boards for skaters of all levels.The type of wood, the shape, the sizes, trucks wheels and finally the customizable graphics, make the creation of every board a unique experience. Few brands, if any, are able to offer so much, at a price so blatantly accessible. 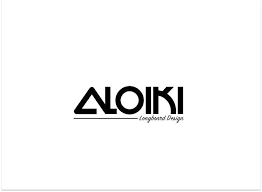