Sorry, out of stock

Since 1969, Channel Islands Surfboards has been dedicated to performance and quality through hard work, innovation, and originality. Over the last 50 years, Channel Islands has grown from a local grass-roots operation to a cutting edge organization, catering to the best surfers in the world. It started with hard-core surfing and quality in mind and these guidelines have brought us through four decades of constant change in the surf industry. Channel Islands will shape the new millennium with innovative design and quality as our main focus. “The driving force behind CI Surfboards is the demand on design created by the world’s greatest surfers, allowing for the highest performance surfing possible. To provide the most dedicated surfers with the most advanced, performance designs is my passion” - Al Merrick, Designer/Shaper CI is a privately held organization focused on rider-driven product and manufacturing the best possible equipment available. Located in a state-of-the-art facility just blocks from Rincon Del Mar, the CI HQ represents a foundation for developing, testing, and building boards while providing jobs in Santa Barbara for many years to come. Channel Islands Surfboards was created by Al and Terry Merrick in 1969. From his birth, Britt spent his days in the factory by the beach in Santa Barbara, from toddling around blanks to sweeping out shaping rooms. Eventually he started shaping alongside his father Al in 1990. He is now the lead shaper and designer for CI and carries on the family tradition of developing high performance board designs collaborating with the world’s greatest surfers. From Tom Curren, to Dane Reynolds, Channel Islands continues to evolve with the highest standard of surfing. 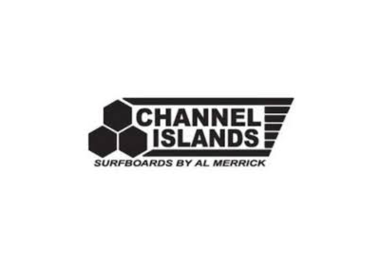