This mini simmons inspired surfboard is for anyone that wants to get out there and just have fun.

The Taco is super fast, really loose, and makes your turns smooth and silky. It’s quad fins are set close to the rear of the board and are iconic of its style and era with a modern flair. It is amazingly easy to paddle due to its super flat rocker, and excels in surf ankle to double over head high.

This by far is the most surfed board in my quiver and the board that always makes me come out of the water frothing. Most people can ride this board 5″-8″ shorter than they expect and about 10-15% more volume than your regular shortboard .

OUTLINE: The Taco is a super short , fat, round piece of foam with a straighter mid section and a little curve in the wide tail to give you speed through every section of the wave.

ROCKER: With emphasis on being a small wave catching machine, the Taco has a flat rocker with a flat panel through the mid section, which makes this board paddle with ease and flow through those dead sections with minimal effort. A slight lift in the nose makes those late take offs easier, while the slight lift in the tail makes for a nice zingy speedy feel through your turns.

CONTOURS: Subtle yet effective, the slight flat entry rocker will make for easy wave entry . Its flatter midsection creates speed and trim through those flat fat sections of the wave and single concave at the back section makes for ease of rail to rail transitions and add to the mega speed .

Performance Fun Fun Fun it is: paddles amazing, flies across any section with a bunch of speed and will turn wherever you want it to go. From flat to double overhead your not going to do the biggest tour turn of your life but this is one of the funnest boards you can have in your quiver and will give you a smile from ear to ear every time you go surfing. Enjoy! Don’t forget ride this board 5-8″ shorter and 10-15% more volume than your shortboard .

Born and bred on the Points of Noosa Heads, Australia, Josh Constable has been surfing all his life and competing for the past 20 years. To date he has a World Title, 6 Australian Titles and some 51 career titles under his belt. Having worked along side some of the best shapers in the industry, Josh’s Brand, Creative Army, is a kaleidoscope of all his experiences, waves and relationships – a voice for his story through Creative Army’s designs, lines and shapes. Creative Army reflects Josh’s belief in keeping it pure and to the highest standard. All boards are inspired by traditional templates, but made with the modern surfer in mind. With a contemporary fashion palette, they are made to make the beginner surf better and the most advance push themselves to their limit. 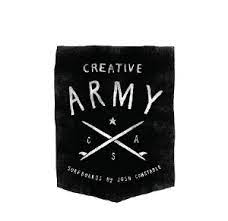