The Evo is the pinnacle of Daniel Thomson’s Modern Planing Hull designs, shaped into accessible dimensions and fit for surfers from beginner to advanced.

It was this shape in 2014 that began Daniel’s path towards refining his Quad Inside Single Concave – a design principle that has since pollinated across every shape he designs, while the Evo continues to maintain its position as one of the most easy to surf shapes on earth.

This model was first released in LFT in 2014. And there it stayed until this year when we made it available in Timbertek for the first time. We’ve since learned that the Timbertek version is often a favorite among many who prefer quick thrust towards the shoulder and big hacks on rail, while the LFT version has been favored by those with a more up and down approach in the pocket and in the lip.

Today we’re excited to release what we believe is the best version of the Evo yet. This shape is now built in Helium – so light it shocks you and so responsive it talks to you. And most importantly, combining the best of both Timbertek and LFT.

The Helium Rail, built using a combination of Paulownia and Balsa wood creates the same on-rail sensations as the TImbertek Evo, while the Helium deckskin and incredibly light foam core bring this shape to a weight measurement even lower than its LFT cousin.

Among Firewire employees, this is the shape we’re most anticipating in our own quivers as 2017 comes to a close.

Looking for a different size? just order via the phone or email. 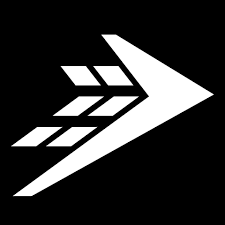