Fu Wax is the first choice wax of Kelly, John John and Dane 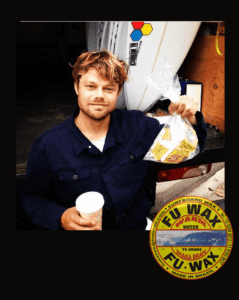 Sorry, out of stock

Fu Wax is the first choice wax of Kelly, John John and Dane

STAB WAX TEST: I simply can't imagine a better wax in 2018. Fu creates that "soft feet" feeling, where the board seems to follow your movements no matter which way you turn. Due to its non-horizontal slip, Fu makes stomping airs a breeze, and if anything, its tackiness only increases throughout the session. Amazingly, the secret Fu formula was developed over 20 years of trial and error and, like many great inventions before it, was only discovered due to a production mistake. We’ll have more on that coming soon (the full story of Fu!), but for now, say hello to your Stab Wax Test winner, and the favorite of pro surfers everywhere: Fu Wax Brazil.