Most of us move forward when standing still on a mid length but have a hard time to move it. That’s what inspired Axel Lorentz when shaping a board with his daughter; they both wanted a beauty of a board that would allow them to surf together in all type of conditions.

From a light-weight female to a heavy-weight average surfer, this board has been designed to be styled and driven with the smoothness of an experienced surfer. La Côte is a very responsive, incredibly versatile, fun board that turns in a dime. And of course has the natural benefits of a mid-length; lots of foam that help paddling and enjoying every bit of your ride.

COMES WITH A 2 + 1 SETUP (FCS II AND US BOX). Looking for fins? check out our fin collection here or swing by the shop!

Pukas Surf is a family driven company based in the Basque Country and has built a reputation for making quality high-performance surfboards and custom bikinis. Mixing a global view and a local knowledge, the group has been able to feed their surf addiction since they first handshaped a surfboard in 1973. 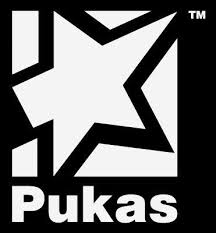