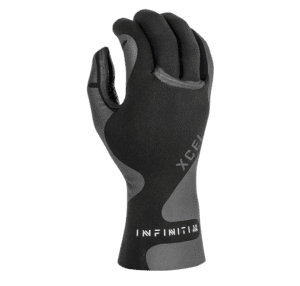 ABOUT XCEL Ed D’Ascoli founded Xcel in 1982, working from the bedroom of his Sunset Beach house. D’Ascoli found no shortage of inspiration from the world-class performances on display at his doorstep; and the opportunity to create and to connect high-performance products with the athletes who demanded them was irresistible. Xcel’s passionate focus on product development would become the defining characteristic of the brand. Developing wetsuits in Hawaii came naturally to D’Ascoli, having grown up surfing New Jersey’s chilly Atlantic coasts. While temperate Hawaii waters rarely call for any more than 2mm neoprene, Sunset Beach and other North Shore breaks are incredibly challenging and demand world-class products for maximum performance. Drawing upon his enthusiasm and experience helping establish Victory Wetsuits (Japan) as an international brand, D’Ascoli quickly laid the foundations of a core wetsuit company that would revolutionize the industry and push the cutting edge of material and design development. After penetrating the surfing market, Xcel rode its rapid growth into expanding its offerings and found wider audiences across the ocean. Today, surf, dive, UV protection, paddle, and wake combine to form the core of Xcel’s brand appeal. In 1990, D’Ascoli moved Xcel from Sunset Beach into its present headquarters in Haleiwa. Soon after, to better service Xcel retailers on the mainland, the brand opened a warehouse in California. This West Coast location facilitated Xcel’s entry into the recreational diving market. Using successful features and vast product knowledge of its successful surf and military wetsuits, Xcel quickly raised the bar for dive wetsuit design. Xcel’s reputation for exceptional product quality is a clear result of an unwavering dedication to research, development, and design innovation. With tropical to cold-water products for men, women, and youth, the brand stresses performance: maximum stretch and durability, sealed-seam construction, and a fit that feels custom-made every time. Xcel has been voted Surf Industry Manufacturer’s Association (SIMA) “Wetsuit of the Year” by its industry peers three times (2007, 2008, 2010).